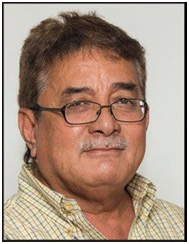 It is with great sadness to announce that John D. Sohl, former Chief Executive Officer and President of FSM Telecommunications Corporation, has passed away Saturday, December 26, 2020 at his home in Nankewi Sokehs.

John D. Sohl joined FSMTC on July 1988 as the Assistant General Manager and eventually become the President/Chief Executive Officer in April of 2010. Under his leadership, the submarine fiber cable became operational and has since grown to be FSMTC’s single most critical asset. John was one of the founding fathers of the Pacific Islands Telecommunications Association (PITA) whose headquarter is in Suva, Fiji. The objective of the association is to improve, promote, enhance, facilitate and provide telecommunications services within Member and Associate Member countries. John retired from FSMTC in April 2017, but remained Chairman of the FSM Development Bank and also a Director on the Bank of FSM Board. John continued to work in the Telecom sector until his untimely passing.

Those of us who had the opportunity to work under him and with him feel a tremendous loss. He was an extraordinarily fun-loving and dedicated man, to his family and to this company that he worked for and ran for almost three decades. The FSMTC family mourns with his wife Merlinda and family and sends them our best wishes at this difficult time.

Interment or burial was held on December 29 at 12noon, at his home in Nankewi.